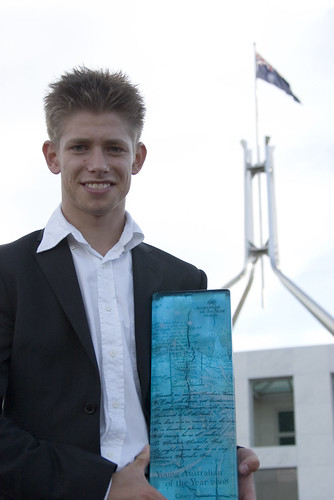 Born into a family of motorcycle enthusiasts in Queensland, Casey Stoner first competed as a four-year-old on a Gold Coast dirt track. By the age of fourteen he had claimed 41 national titles and 70 state titles. Stoner’s family relocated to Europe in 2000, as age restrictions prevented him from pursuing a road-racing career in Australia. The talented rider quickly attracted sponsorship and raced 125cc and 250cc motorcycles over the next four years. As a twenty-year-old Stoner achieved his ambition of joining the prestigious MotoGP competition, finishing eight overall in his rookie year. He won his first MotoGP race at the 2007 season opener in Qatar.

Stoner subsequently dominated the season with six pole positions and ten race wins, securing the world title in September. He was the second youngest motorcycle World Champion in history. During a triumphant homecoming, Stoner won the Australian Grand Prix in front of a record crowd at Phillip Island.