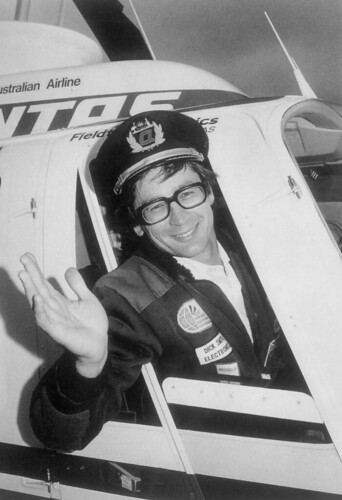 Born in Roseville, New South Wales, Dick Smith dropped out of tertiary studies to work for an electronics firm. In 1968 he opened a small car radio installation store in suburban Sydney, which grew to become the highly successful retail chain Dick Smith Electronics. Smith sold the company in the early 1980s in order to pursue his interests in aviation, publishing and philanthropy. In 1983 he completed the first solo helicopter flight around world. In 1985 he published the first issue of Australian Geographic. In his philanthropic work Smith was a strong supporter of the Reverend Ted Noffs’ Life Education Centres, donating the first mobile classroom in 1981.

During his Australian of the Year Tour of Honour Smith campaigned strongly against cigarette advertising that was aimed at children. Smith was nominated for the award by Labor MP John Brown, who wrote that Smith’s talents derived from ‘an unfettered need to explore and understand.’