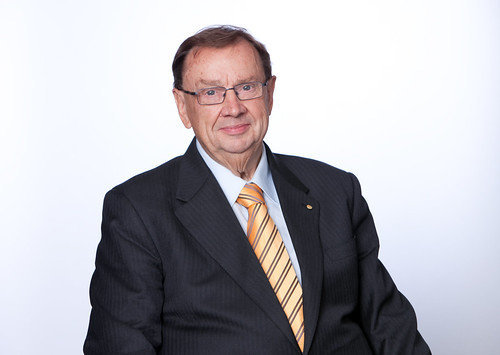 Businessman, philanthropist and media commentator, Harold Mitchell has used his wealth, knowledge and interests to support and promote many causes close to his heart.  The founder of Mitchell & Partners, Harold has seen his company evolve into Australia’s largest media and communications group. Although not born into money and no stranger to life’s challenges, overcoming alcoholism and obesity, Harold has distributed more than $10 million to projects related to health, education and the arts. But his contribution is more than financial. He is Chairman of many different Boards including the Florey Institute of Neuroscience and Mental Health.  He is a major champion of sport, ensuring the long term viability of soccer in Australia and establishing a rugby team in Melbourne. He is a major promoter of Australia overseas not only in business but in supporting innovative arts projects in France to bring Australian Indigenous art to millions worldwide and sitting on the Board of the New York Philharmonic. He provides considerable humanitarian aid in Timor-Leste and to Australian Indigenous communities. Harold is also a frequent media commentator on issues that make a positive difference in the lives of Australians.