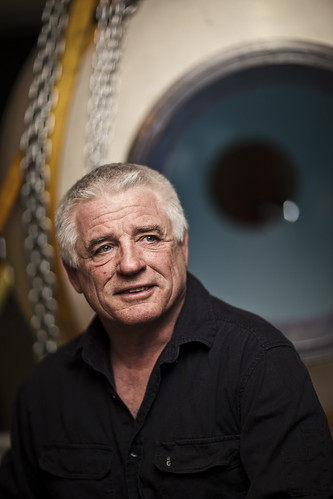 Ron Allum is the designer of the world’s most innovative submarine, the Deepsea Challenger. This specialised underwater craft was the first to carry a solo submariner 11 kilometres to the floor of the Mariana Trench – the deepest point in the world’s oceans. Ron started on the Deepsea Challenger project in 2005, gradually assembling a team of engineers and technicians to build his submarine. He created a vessel of radical design that descends vertically with the pilot enclosed in a small metal sphere at the base of the vessel with the engines, lights and camera above in a chassis of hardened foam. When he couldn’t locate the required rock-hard flotation foam, he invented it himself using a breadmixer in his Sydney workshop. In March 2012, movie maker James Cameron who directed Titanic, climbed inside the Allum-designed submarine and descended to become the first human to tweet from the bottom of the world. Ron, in his own right a record breaker in cave diving deep beneath the Nullarbor, describes it as one of the most satisfying moments in his life.